The Atlantic Hurricane Season, which starts on June 1, promises to be a busy time for amateur radio volunteers on the Hurricane Watch Net (HWN) to report ground-level storm conditions in real time for use by National Hurricane Center (NHC) forecasters, and for SKYWARN volunteers, many of whom are hams. The National Oceanographic

“2021 is looking to be another active season,” said HWN Manager Bobby Graves, KB5HAV. “We can only hope we don’t have a repeat of 2005 or 2020. The sea surface temperatures throughout the normal areas of tropical cyclone activity are already near or just above 80 °F, just what storms like. The current forecast for 2021 is on the high side. The adjusted average is 14 named storms, with seven hurricanes and three of those at Category 3 or stronger.” 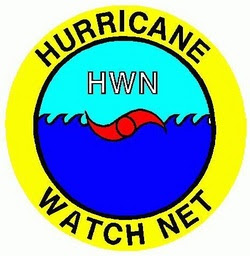 The net’s primary mission is to disseminate tropical cyclone advisory information to island communities in the Caribbean, Central America, along the US Atlantic seaboard, and throughout Gulf of Mexico coastal areas. It collects observed or measured weather data from participating radio amateurs in storm-affected areas as well as any post-storm damage reports and passes that information along to forecasters at the NHC via its amateur radio station, WX4NHC. The HWN typically activates whenever a storm system has achieved hurricane status and is within 300 statute miles of a populated landmass.

“Of course, it takes only one land-falling hurricane to make for a bad year,” Graves said, recalling Hurricane Andrew in 1992. “It was the only storm to make landfall that season, and it was a Category 5 storm 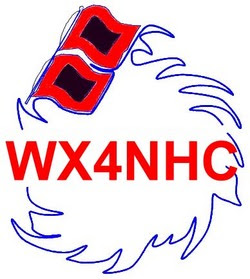 Assistant Coordinator of the NHC’s amateur radio station WX4NHC Julio Ripoll, WD4R, has announced that WX4NHC will conduct its annual station test on Saturday, May 29, 1300 – 2100 UTC. “This will be our 41st year of public service at NHC,” he said.

VoIP Hurricane Net Director of Operations Rob Macedo, KD1CY, said his organization is ready for another busy hurricane season and will participate in the WX4NHC Communications test on Saturday, May 29. The VoIP Hurricane Prep Net meets Saturdays starting on June 5, at 0000 UTC. Contact Macedo for more information.

The National Hurricane Conference June 14 – 17 in New Orleans, Louisiana, will host its traditional Amateur Radio Workshop scheduled for Tuesday, June 16, from 1:30 to 5 PM. Macedo will moderate the virtual session, in which Ripoll will take part. Register online. Read an expanded version.