On October 19th 2017 after a fews weeks of planning, the high performance 2M antenna on top of the Social Security building in Boca Raton was repaired. Many ideas were floated how best to retrieve the antenna which was bent over at downward angle of about 30 degrees.  A work party of our members was formed to retrieve the antenna and cause repair.  Once the work party was on site, an agreed to approach was implemented.  Turned out by securing a rope near the top of the antenna which was hanging downward from 18 feet below where it was bolted to the building, by pulling the rope in an upward and parallel to the ground direction and nudging the top portion near the point of attachment to the building, the antenna was raised up so the crew could get their hands on the antenna. The antenna was inspected for any further damage and adjustments performed. After replacing the bent section of pipe with much stronger pipe, rebolting the antenna assembly to the building and rewiring, Lew switched machine  from the backup antenna to the repaired one. A call was made to Jeff Stahl K4BH in Parkland since his QTH was difficult to consistently hit the machine. The report back to Jeff was full quieting. Mission accomplished. 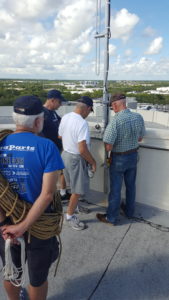 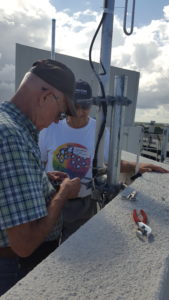 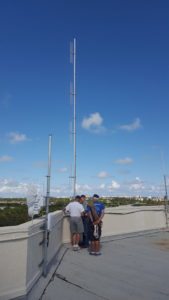 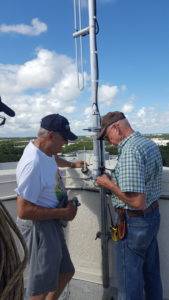 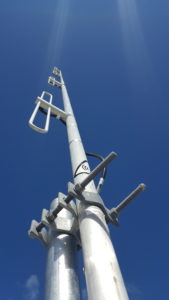 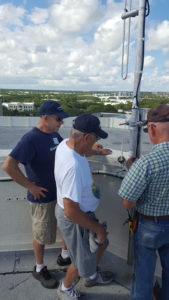 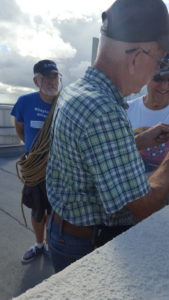